The Theory of Poker: A Professional Poker Player Teaches You How To Think Like One by David Sklansky looks at the theory and concepts of every poker game variety and also covers the Fundamental Theorem of Poker and what it means for your play. Learn about bluffing, the value of position and heads-up play and the value of these techniques in poker.

Getting Your Mind in the Game

The Mental Game of Poker: Proven Strategies for Improving Tilt Control, Confidence, Motivation, Coping with Variance, and More by Jared Tendler has simple, clear instructions and time tested techniques to deal with issues like emotional control, confidence, fear, and motivation. Jared Tendler is a mental game coach and his dynamic approach helps you to play your best.

From Zero to Hero

The Biggest Bluff: How I Learned to Pay Attention, Master Myself, and Win by Maria Konnikova is the story of Maria, who had never played poker, and approached Erik Seidel from the Poker Hall of Fame to become her mentor. With a Ph.D in psychology on her side, Seidel agreed and she entered the world of the very competitive Texas Hold’em poker. Within a year she began making big money at tournaments. Her focus was always how to best play the cards she was dealt and not the outcome.

The Professor, the Banker, and the Suicide King: Inside the Richest Poker Game of All Time by Michael Craig begins in 2001 when billionaire Andy Beal challenged some of the world’s greatest poker players to matches, in the richest poker game ever played. By the time the battle ended over a few months of intense games, there was $20 million on the line. This is the detailed and accurate story of the so called Big Game which has become well-known in the poker world.

Success is in the Detail

The Poker Mindset: Essential Attitudes for Poker Success by Matthew Hilger shares the secrets that differentiate the professionals from the amateurs, looking at seven core attitudes and concepts to maximize your emotional, psychological, and behavioral approach when playing poker. The book focuses in depth on crucial topics like bankroll and opponents, tilt and downswings. Learn about the factors that may be hindering your success, in detail. 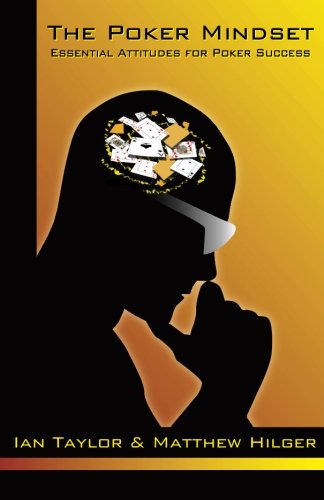 A History of Poker

Cowboys Full: The Story of Poker by James McManus, looks at the history of poker from its beginnings in China, the Middle East, and Europe as well as the game rooms of U.S presidents, and how it evolved into a global success. It looks at why poker is now the most popular card game in Europe, East Asia, Australia and South America, online and on television. McManus highlights the close relationship between poker and American culture, and how the poker game is referenced in novels, movies, and plays. The book is a riveting historical journey of a thrilling game.